Lent Week 5: For we were strangers

“They need to wait in line. Go through the proper channels. If I had to, they should, too.”
“They’re taking our jobs. They’re taking advantage of our welfare system.”
“They could be spies, terrorists, gangsters.”

The civil war had been going on for longer than he could remember.
10 years old, and now caretaker of his baby sister.
Just like his brother cared for him, carrying him on his back until he could finally walk at age 5. He had scoliosis.
And now, it was just him and his sister. Everyone else had left.
His parents took their older siblings and fled.
Maybe they thought that they would be ok; that maybe someone would take pity on them.
Maybe they knew that the older ones had the best chance of survival.
Maybe they didn’t know what to do but had to make a choice.
Whatever it was, they were alone, without food or money.
They foraged for a while, rationing whatever they found. But it soon ran out.
When they chopped down their fruitless papaya tree, trying unsuccessfully to boil the wood for food, they knew they had to leave.

Her aunt and uncle ran a successful business, employing many people.
They believed in honesty and hard work, and vowed not to bow to corruption.
Naturally, they refused to pay the local gang.
So they were killed. Them, their workers, and their families.
What few survived fled.

The Lord said, “I have indeed seen the misery of my people in Egypt. I have heard them crying out because of their slave drivers, and I am concerned about their suffering. So I have come down to rescue them from the hand of the Egyptians and to bring them up out of that land into a good and spacious land, a land flowing with milk and honey.
Exodus 3:7-8

“Your grandma won the lottery to come to the US. Then we sponsored your grandpa’s brothers and their families so they could live here, too.”
“Your grand-uncle was a paper son. He came through Angel Island. After he settled, he brought all his siblings, including your grandma. Thankfully, Reagan granted amnesty.”

“We cannot allow all of these people to invade our Country. When somebody comes in, we must immediately, with no Judges or Court Cases, bring them back from where they came […]” @realDonaldTrump, June 24, 2018

The alien who resides with you shall be to you as the citizen among you; you shall love the alien as yourself, for you were aliens in the land of Egypt: I am the Lord your God.
Leviticus 19:34

1882: the Chinese Exclusion Act became the first law restricting immigration based on ethnicity.

June 26, 2018: the third iteration of President Trump’s Muslim Ban took full effect.
2018: the US admitted less than 22,500 refugees, the lowest number to date since the Refugee Act of 1980. [Data from the Migration Policy Institute.]

How to Fight Xenophobia

Day 30 – Holding More Than The Dust 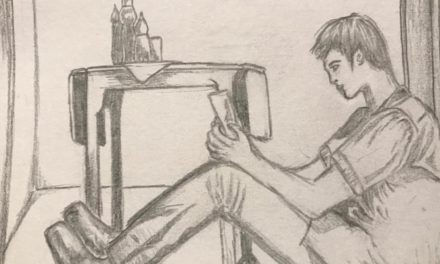 Day 11 – From Self to Community through Prayer 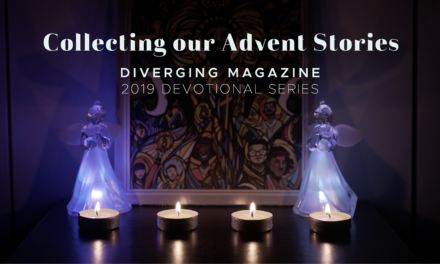