Please curb sexual predators in the church. Please also rewire the worn route of a wrong and harmful church leadership response: a cover up and silencing.

I’m disheartened and I need you to encourage me with the Holy Spirit that you’ve got me. It will be a long road to convince the church of women’s value, so please reassure me right now as your daughter of the kingdom that I matter too. I need your validation to avoid leaving the faith. Jesus, remind me that you have the last word and that I belong.

Women were leaving the church. They were threatened into silence by church leadership that if they were sexually harassed by an elder, the girl must have provoked a verbal/physical attack by how she dressed or because she had made direct eye contact. I was freshly graduated from college when I moved back home and attended my parents’ conservative immigrant church.

He was repellant with his unwanted phone calls filled with inappropriate suggestions. He grabbed my wrist forcefully in front of the entire congregation. His wife apologized, admitting that her husband had done this before to young women.

The following Sunday, the leadership team of the church intervened against me for allegedly seducing a married man. I was asked to not repeat what was said to me by the sexual harasser, to forgive without expecting an admission of guilt and apology. I was also pressured to submit to correction and discipline by the church for provoking this. Instead I told the leadership that I strongly believed that something is amiss and that women were not safe if the approach was to ignore chronic sexual harassment by this same man. Since it was an unsafe space, I told them I would cease attendance and certainly no longer recommend my young women friends to visit that church because there was an unchecked sexual predator there that took away the peace of worship and robbed women of the comfort of a safe church family for fellowship.

A few points to learn about truth-telling from Jesus’ arrest:

Truth-telling is the remedy and antithesis of denying Jesus:

It was tempting to leave the faith out of disgust towards how churches reacted to reporting sexual harassment by an elder. I was made to feel unclean and victim-blamed. But you can clear your head and console your soul that truth-telling brings justice. Evil should be called out even if justice may not be immediate.

Peter warmed his hands by a fire as he denied association with Jesus (John 18: 18, 25). He crept further and further into the shadows, distancing himself away from the hardships that came with being a follower of Jesus. The point of Jesus’ work was to expose sinfulness and save everyone from themselves. Peter’s desertion was that he was majoring in the minors and missing the main point.

When I was victim-blamed by the church, it felt like a gaslighting effort to convince me that church existed for appearances and the comfort of leadership in prestigious roles rather than true community where leaders were interested in serving Jesus so everyone could be safe. Peter, in his denial of Jesus, distanced himself from the hard work of the collective followers of Jesus: maintenance against evil even when painfully inconvenient. Just as the church that victim-blamed me suggested I no longer belonged and aligned themselves with the predator, Peter by his desertion of Jesus said he didn’t belong with Jesus.

If truth-telling is not tolerated at churches and considered a threat, then they have lost their way and are not following Jesus anymore. Truth-telling can be us, speaking out against corruption in the church and exposing sexual harassment by its leaders harming the flock with racism, sexism, and anti-immigrant perspectives and other forms of excluding people from the kingdom. Silencing truth-tellings is corruption by the church.

Created by: Renee Marchol
About the author: Renee Marchol is a teaching artist and filmmaker. She also eats waffles while writing.

Image by: Symphony Chau
About the artist: Symphony (she/her) is an avid reader, part-time artist, and self-proclaimed plant parent. A 2nd generation Chinese-American, she grew up between Northern Jersey and NYC’s Chinatown, where she developed her passion for youth empowerment and anti-displacement movements. Symphony loves all the shows your teenage sibling does, and chances are if she’s not journaling with a coffee in hand, she is forwarding articles to CAAC’s about what’s wrong with the evangelical church. Symphony lives in Brooklyn where she works in communications and public health, forever adding new plant babies to her apartment. 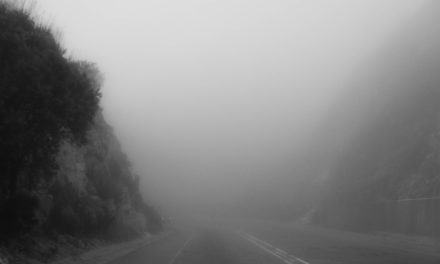