Protect us, O Lord, from those who would do us harm. Help us live out of the deep reality of who we truly are, and to whom we belong, that we may work to make this world a place in which everyone belongs.

In late January, while down-to-the-wire in budget negotiations, Democrats decided to remove DACA from the negotiations table in exchange for spending on domestic programs. A Republican senator commented, “We are six inches away from a spending deal. It’s just simply the DACA issue and the immigration question.” It’s now late March, and Congress is once again two weeks from a funding deadline, and DACA, it seems, appears to be a topic of much conversation, but no willpower. “Immigration has not elevated itself to that rarefied top tier where Democrats across the board are willing to go to the mat,” said one Democratic aide.

So it is that we find ourselves in this elevator called America. “Come one, come all,” they beckoned us from faraway lands: Enter the ride, get to the top, but be sure to stand pressed against the doors. Because if things get too crammed, you will have to be the first to step out.

We, immigrants, are the first on the chopping block, the easiest give-away, the carrot dangled before our enemies. It is our lives that are being sacrificed so that “domestic spending” can be increased for the rest of Americans. It seems that all it takes for this polarized country to achieve union and agreement is for both political parties to collectively turn their backs on us.

In the last hour with his disciples, Jesus is trying to impart words of farewell, comfort, and wisdom. Perhaps he intuits the trials, tribulations, and persecutions that his band of followers will encounter for the next couple hundred years. Indeed, the Gospel of John is the latest dated gospel (90 to 110 C.E.), a time in which Jesus’ followers must have been in the thick of things.

For the disciples who did not belong in this world, Jesus prays a prayer of protection: “I am not asking you to take them out of the world, but I ask you to protect them from the evil one. Sanctify them in the truth; your word is truth.”

Then he prays: “As you, Father, are in me and I am in you, may they also be in us… I made your name known to them, and I will make it known, so that the love with which you have loved me may be in them, and I in them.”

Jesus’ prayer is a prayer for one-ness. Because only then can we can live out of the true reality of who we are: A people who belong to God. A people who are one with God. This is the real world we belong to – it’s a truth that may be difficult to internalize, but it is the truth by which we must be sanctified. And from this deep, deep well, we can find the strength and imagination to manifest this spiritual reality in our current material world.

Sarah Ngu (@sarahngu) is a freelance writer based in Brooklyn, NY. She’s the host for the Religious Socialism podcast, co-leader of her church’s LGBTQ ministry, and occasionally reports.

Image by: Michael Wei
About the artist: Painting is a process that resonates within me. My work ranges from: portraits & figures of people who may have little voices but loud messages; still life experiments of those ordinary unrevealed treasures; and more confrontational narrative pieces. Recent socio-political events have drawn me back to my dormant easel. 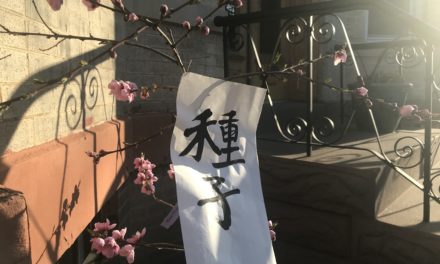 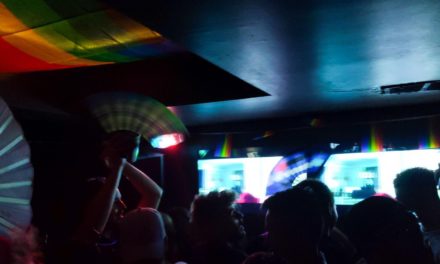