The Ground of Our Faiths

Gracious God, in order that the children of earth might discern good from evil, you sent your Son to be light of the world. As Christ shines upon us, may we learn what pleases you, and live in all truth and goodness, now and forever. Amen.

Christian Moueix is the owner of several renowned vineyards in the Bordeaux region of France and Napa Valley in California.  Among vinegrowers, he is especially famous for producing several of the world’s most valuable red wines, such as Pétrus and Dominus.  Christian notably prefers to do much of the pruning himself and eschewing irrigation techniques in order that the vines can draw from the terroir, the unique minerals and characteristics of the soil.  “The key is to get the [vines’ roots] to dive [deep] into the soil,” he explains in another interview.  If the roots don’t grow deep, not only will the vines suffer from drought, but the wines resulting from the grapes do not have the subtle tastes from their local terroir, making wines unremarkable. By ensuring that the grapes grow naturally while taking in the minerals and characteristics of the local ground, Moueix’s wines are not only expensive, but also can be stored for several decades as they age and mature further.

In our reading today, Jesus likens himself to a grapevine that is being pruned by God, the vineyard master.  And like Moueix, God prunes the branches in order that the grapes can bear more fruit.  It is easy to read our passage in a utilitarian manner – without Christ, our ministry and our witness cannot be bountiful.  There’s some truth in that, to be sure, but the point of a vineyard is not to maximize fruit yields.  Tons of unremarkable grapes do not a great wine make.  For the grapes to be unique and flourish, not only must they abide in the vine, but the vine itself must draw richly from the terroir.  This actually has some bearing on our faith, for abiding in Jesus requires understanding that Jesus the True Vine is not separate from the soil he grows from.

Because the True Vine is not independent of the soil it grows in, it means for us that God reveals Godself to the world in local contexts  God’s vineyard has a variety of soils from which vines grow.  As we drink deep of God’s wisdom in Christ, we must remember that this wisdom is not universal, but has local characteristics.  Some values that we consider delightful may be rather strange in other contexts.  But that is fine.  Christian faith does not benefit from being made uniform.  For much of Christian history, the story of Jesus Christ and his church has often been told from the perspective of Europeans and Americans.

The True Vine is unashamed of the soils it grows in, and to abide in Jesus is to value the grounds on which our faith is built, for without the terroir, our faith is bland and easily disposed of.  This is not a call to glorify Asian or Asian-American culture.  Valuing the grounds of our faith is hypocritical without appreciating the grounds upon which Christians of other traditions and cultures approach the gospel.  In January, Women’s Marches were held in many major cities throughout the world.  One sign by a young Asian-American woman that resonated with me said, “Asian Silence = Black Violence.  Solidarity”  She is taking her identity as an Asian-American seriously, because valuing our own cultures and uniquenesses also involves critiquing the ways in which certain values in our communities have devalued others.  To reflect on the ways in which Jesus sustains the church and makes it “salt and light of the world” requires reflecting too on how Jesus’s ministry, suffering, and witness transforms how we live as Asian-American Christians.

As we abide in Christ, and he abides in us, what are the ways in which our ministries have not uplifted our communities and the world?  May we commit ourselves to repentance from participating in oppressions and silences so that we can join in solidarity with others against the evils plaguing our world today.

Created by: Henry Kuo
About the author: Henry is a doctoral candidate at the Graduate Theological Union in Berkeley, California, focusing on the theology of the church. He preaches once or twice a month at the First Chinese Presbyterian Church in New York City. 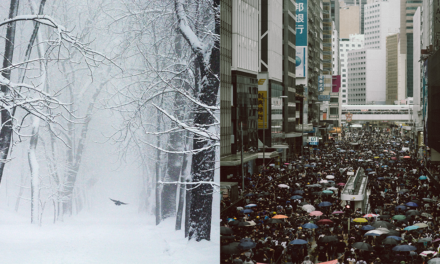