“I’m the kinda G the little homies want to be like, on my knees in the night saying prayers in the street light.” —from GANGSTA’S PARADISE by Coolio, 1995

What’s it like being a public school teacher? People often ask me.

Schoolteacher life. It’s nothing like the movies or the many myths that seem to persist about public education. I never wanted to be a shiny white savior like Michelle Pfeiffer, and that option isn’t available to Asian American me, anyway.  The complexities that students and their families bring into school spaces are never solved in the 99 minutes it takes to watch Dangerous Minds.  You definitely should expect more tears, sarcasm, yelling, eyerolls, bored glares, than hugs and applause.

And although profanity abounds

– in English, Spanish, Vietnamese, Somali, etc. at my South Seattle hallways…
And whether the building is crumbling or state-of-the-art…

Sacred places are still present in any public school.

Because the sacred spaces exist within the students themselves.

Deep hopes and fragile dreams, woven from family histories of strength and struggle, carried inside young hearts filled with light and promise; these have been and will always be sacred ground.  Every child’s being, their imago Dei, their melanin and identity, is a holy essence that reflects the wonder of the Creator.

Even more than the annual count on the receiving end of the FUCK YOUs yelled by students, every year I get to witness to glimpse miraculous openings to the sacred, when young people share of themselves to build a community of learning within the humble walls of a classroom.

In the Scripture reading, Jesus and the crew are on a field trip to a holy place in the holy city.  It’s a miracle that begins under profane circumstances – the disciples themselves are blindsided by their own erroneous assumptions, when they judge a differently abled man as morally deserving of a handicap.  The disciples believe they’re cool kids, seeing sharp and being in the know – the Christ entourage. They’re casting side eyes at the strange blind guy.

In the few thousand years since, similar attitudes prevail.  In my school filled with diversity of ethnicity, class, gender identity, and ability, the “normal” students fall into the same traps of unjust judgment.  The kid with a lisp or a stutter. The kid in the wheelchair. The kid with a volcanic temper and behavioral IEP (Individual Education Program) because his mother escaped a domestic violence situation. Differences are faulted as deficits and deviance, judged as guilty of sin and less than sacred.  And sadly, the unjust judgment come from parents and teachers as well as peers.

Yet the presence of Christ sweeps aside unjust judgments and human-created categories of the sacred and the profane. Jesus takes the initiative, and does something surprising – Jesus SPITS on the ground, mixes MUD with saliva, and then rubs it into the blind man’s eyes.  Not your typical safety procedure from science lab, right?

Spit and mud don’t fit typical notions of sacred.  To spit at someone is a profane act of disrespect. “Clear as mud” is confusing as hell. To “drag through the mud” or “sling mud” is to discredit and shame.

Yet we see that Christ’s healing balm is composed of the mundane, applied through seemingly profane acts.  When the man follows Jesus’ eyewash instructions, he is healed of blindness and able to see for the first time in his life.  The miracle of sight transforms him so fully that even some of his own neighbors don’t recognize him. His healing is so profound a mystery, that the man is brought to trial and accused before the religious authorities because nobody could believe a sacred miracle could happen in such a profane way.

As we transition out of this phase of PRESENCE, reflect: how has the [sacred + profane] distinction changed, brightened, blurred?

What kind of spit-and-mud tinctures (things we judge as gross, insulting, uncomfortable) can Christ transform for my healing?

Wonderful Redeemer of the profane and sacred,
Open the eyes of our soul and cleanse our preconceived notions
So that through the mud of the mundane
We might now truly see, by the light of the sacred. 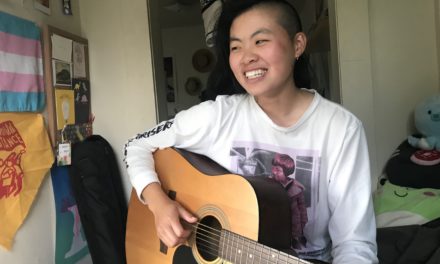 Creating New Liturgies: Interview with Yiann, singer-songwriter of newly released EP, “Was It You” 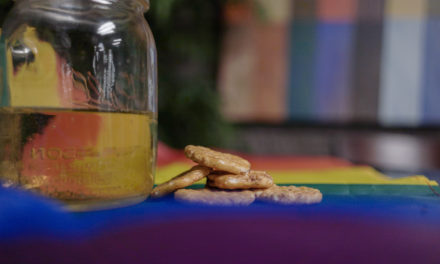