“Surely he has borne our infirmities and carried our diseases;
Yet we accounted him stricken, struck down by God, and afflicted.
But he was wounded for our transgressions, crushed for our iniquities;
Upon him was the punishment that made us whole,
And by his bruises we are healed.”
~ Isaiah 53:4-5

A figure hung
His limbs were bound and dank
Head covered with cloth
The thorns stuck in his hands
Blood came to fall
It flooded captive Babylon
He shouts: “Allah, Allah, lema sabachthani?”

Azrael: is a personification of death appearing in the Catholic and Orthodox canonical Book of Tobit and in the Qur’an. He is depicted as an angel under the command of God. In Islam, he is an archangel.
Jibreel: is Arabic for Gabriel, who is also considered an archangel in much of Jewish and Christian angelology. According to Islam, Jabril is the angel who revealed the Qur’an to Muhammad, and is the chief of all angels.
“Allah, Allah, lema sabachthani?“: My revision of “Eli Eli lema sabachthani?” which is, “My God, my God, why have you forsaken me?”

Janua Caeli was inspired by the Biblical Crucifixion of Christ.

Editor’s Note: While PAAC is centered on the Christian experience, we are not afraid of interfaith conversations and resources. In fact, Christianity, Judaism, and Islam have a shared history and stories that we would benefit from listening and learning from one another more. Humility and faith pushes us outward, with trust and confidence that it leads us into deeper and higher growth.”

I am originally from North India. Growing up in America was often difficult because Americans tend to segregate based on culture and religion. In America, I felt cut off from the culture of my Motherland, where culture is more symbiotic and more interconnected.

In India, it’s not unusual for Christians, Sikhs, Muslims, and Hindus to celebrate each other’s religious festivals together. Doing this never seemed profane to us. Our people understand that the sacred nature of God is transcendent and that the All-Loving God excludes no one from his presence.

Today, we need more unity and less segregation. What are some ways in which you celebrate aspects of your non-Christian culture? How can we create more inter-connectivity within our cultures and religions so that everyone feels welcome?

Sarika Singh (she/her) is a writer of South Asian descent. She lives in the DC area with her family. She is a feminist and a fervent activist, but she also devotes her free time to reading fine literature, writing poetry/fiction, working on visual arts projects, and communing with nature. 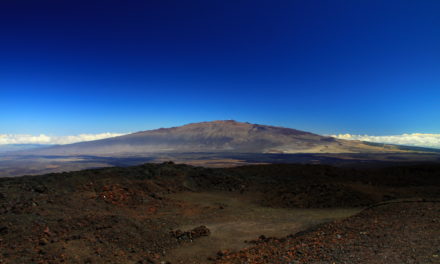 A Good Man is Hard to Make: A Reflection on Finding My Masculinity through Postcolonial Christology

Celebrating All Parts of Us [PAAC Conference 2019]