Recently, I have come to realize that breathing is not easy. When I scurry to catch the train, I move quickly and breathe shortly. During tense and difficult conversations, my breathing is neither steady nor relaxed. When I think about my to-do list, the steady rhythm of my breathing quickens. When I watch a movie or read a book, I often hold my breath in anticipation. When I climb up many flights of stairs to get to my apartment, I am out of breath. For me, breathing properly in my daily routine has been difficult.

Every now and then I take the time to pause and take a deep breath. But I admit that this happens less often than I would like. American work culture, which is deeply rooted in promoting capitalism that values corporations and institutions over workers’ rights, has skewed my approach to work-life balance. Also, as a migrant who grew up in the American evangelical Christian church, I was surrounded by the falsehoods of the so-called Protestant work ethic and the American Dream, which taught me from an early age that hard work, frugality, and discipline were proof of my faith and would lead to happiness and/or stability. Furthermore, as an Asian American woman, I internalized many misogynist and racist expectations for my behavior, which kept me from fully expressing myself. These systems of oppressive and colonized thinking taught me that my worth, value, and dignity had to be earned. I was led to believe that I was never enough. It has taken many years of healing to get to a place where I can rest and challenge feelings of inadequacy and the need to keep striving.

As a person of color who lives in a white supremacist America, I have learned that deep breathing is vital to survival. Breathing reminds me that I am alive and made fearfully and wonderfully by a Creator, despite the ways that the patriarchy, militarism, capitalism, queer and transphobia, and other forms of oppression continue to fight against our rights. The practice of deep breathing allows me to take a moment to find peace, celebrate creation in its full diversity, and praise God for the joy of being.

Breathing allows me to be present in my body and in my community. It helps me show up, stand up, and be there for the collective liberation of all of us: Black, Brown, indigenous, queer, trans, gender non-conforming, non-binary folks, people with disabilities, women, and others. In this season of Lent, I am focusing on breathing as a form of worship and as a way of experiencing God’s presence when I take the time to be still and celebrate the joy of being.

I am meditating on Psalm 150 and focusing on verse 6: “Let everything that has breath praise the Lord.” May our sanctuary and sacred spaces be places for all people, particularly those who have been most affected by injustice, to breathe deeply and praise our Creator.

Psalm 150 captures worship in its many forms. While the psalm is often known for its celebration of song and dance, it also allows the reader to explore how they would like to engage in praise and/or worship and their relationship with a Creator. How do you engage in praise and worship? Where do you find sanctuary, peace, and pleasure? Have you made space to breathe, be still, and celebrate the joy of being lately? 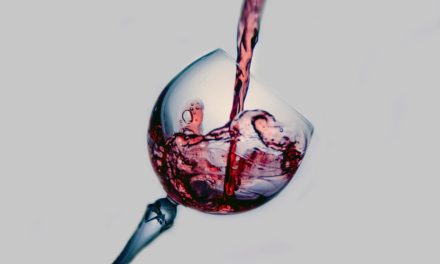